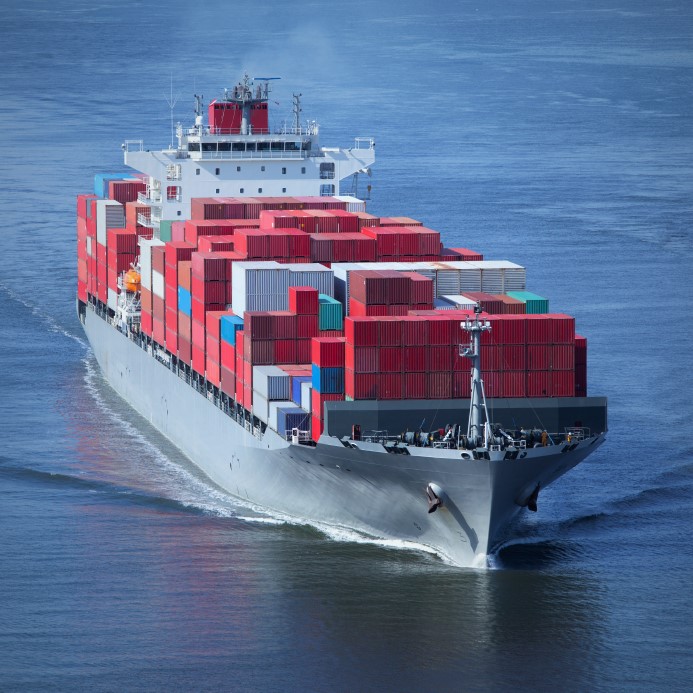 The size and capacity of cargo container ships has increased drastically in the last few decades due to the race for global trade dominance by container shipping lines. In 1995, the largest container ship had a capacity of roughly 5,000 TEU. Today, that’s considered small and only a handful of these containers ships remain operational in the bigger trade lanes. As of 2015, the average container ships are above 10,000 TEU, with a recent influx of 18,000 TEU ultra-large container vessels (ULCVs) arriving on the scene.

Cargo container ships average capacity has doubled over recent decades, faster than any other ship type, boasting lengths of more than four football fields. The season for ultra-large container vessels has started as shipping lines place orders for more mega-ships. The largest container ship at this moment can carry 19,200 containers, but ships with capacity of more than 21,000 containers should be operational by 2017.

The increase in container ship size and transit speed has had both positive and negative results throughout the logistics/freight forwarding industry. Larger container ships generate cost savings for carriers and decrease maritime transportation costs, however larger container vessels cause greater port congestion. As more mega-ships hit the water, port congestion will continue to be a problem as port/terminal operators and port authorities get to grips with handling more cargo containers at one-time. Port congestion costs the carriers money, which results in added costs to shippers in the form of general rate increases, extra trucking fees for lost time, etc.

The ongoing development and increased ordering of new mega-ships could result in oversupply and low demand. Fortunately, this should be avoidable with the increased cooperation by the main container shipping lines in the four ocean carrier alliances, i.e. 2M, Ocean 3, G6 and CKYHE. The alliances have been formed to allow for vessel-sharing schemes by the ocean carriers of whom control roughly 90% of the cargo volumes moving in the world’s major trade lanes.

The role of the port authority has never been more critical as the big container ships continue to change the game. Mega-ships require bigger and better infrastructure and substantial investment by the ports where these ships would call. Even with recent and current improvements at various ports and terminals in North America and around the world, many will still need more container capacity by the early 2020’s.

Need more information or have any questions about Air Cargo, Ocean Shipping or Ground Transport? Our Cargo Spectrum representatives are here to help. Call us on 1.888.273.5575 | Request a Quote | Email us at info@cargospectrum.com. Learn more about Cargo Spectrum.